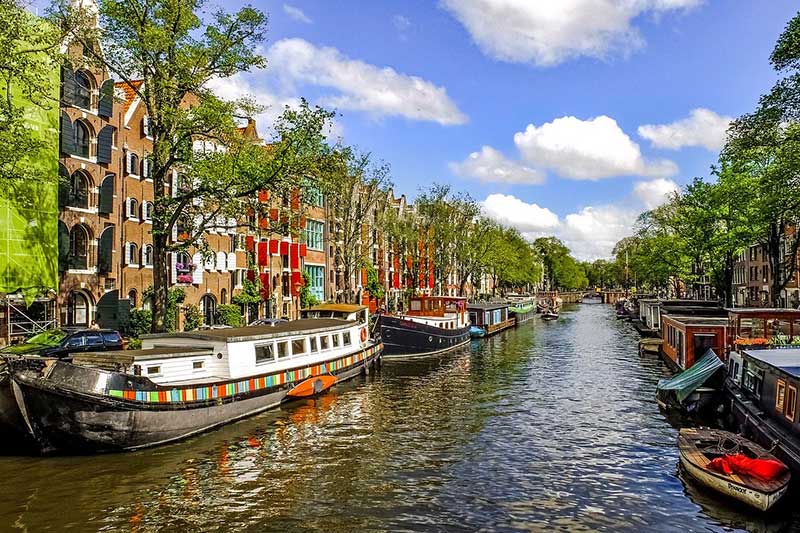 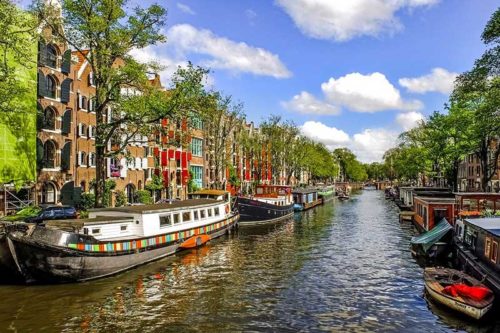 A city of 1200 bridges (that’s three times as many as Venice), 165 canals and has more bicycles than it has residents. Amsterdam is one of Europe’s most popular cities, attracting visitors from around the world. Alongside its beautiful cobbled streets and its maze of canals that dip around every corner, there’s a huge number of things to see and do. Whether you’re into museums, food, or just want to delve into the culture, Amsterdam is the perfect city to explore.

The beauty about this walkable city is that most places you’ll want to visit in Amsterdam are relatively close together. For attractions that are further away the public transport is excellent. The buses, train and tram lines will take you pretty much anywhere you want to go. However, the absolute best way to get around the city and experience life as a local is by bike. It is by far the fastest and prettiest way to see the sights.

Amsterdam makes for a great destination all year round. However, the months of April and May right before summertime and period of September to November just before the onset of winter, happen to be the best times to visit the city.

In the spring, the Netherlands’ famous flower fields become a blanket of tulips. The annual Tulip Festival in Amsterdam, held throughout the entire month of April, brightens up the streets of the city. You will experience the beautiful Tulip flowers everywhere in Amsterdam. People from all over the world come to see the beautiful Keukenhof Tulip Garden and flower fields just 30 minutes outside the city centre. The best way to explore the Netherlands’ in the spring is by combining your trip with a 7-night Tulip Time river cruise with Ama Waterways. Experience the beautiful canals, bright coloured tulip fields, the Kinderdijk windmills and the art of Rubens and Michelangelo whilst you indulge yourselves in Belgian chocolates, warm waffles and delicious cheeses. 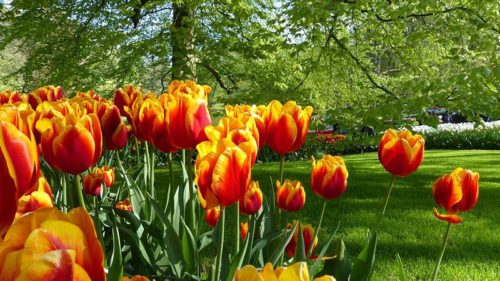 Amsterdam is drenched in history and some of the best museums and galleries in Europe can be found here including the famous Rijksmuseum and Van Gough Museum in Museum Square. Meanwhile, a visit to Anne Frank’s House is a must, both interesting and heart-breaking. This was the hiding place of the young girl and her diary during World War II where she spent more than 2 years hiding from the Nazis. This tour is a very deep and moving experience.

In 2010 the canals of Amsterdam were added to UNESCO’s World Heritage List. These sites on this list have been selected by the UNESCO (United Nations Educational, Scientific and Cultural Organization) for having cultural, historical and natural landscape sites of importance, which are so unique that they should be preserved for the future. Among others, the list includes the Great Wall of China, the Grand Canyon, the pyramids at Giza and the historic centre of Florence.
With its beautiful architecture, captivating scenery and fascinating history, it’s no wonder Amsterdam is a long-standing favourite city break.